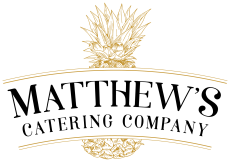 Matthew’s Catering Company is a Chef-Owned, licensed and insured, professional off site catering business. We provide our customers with exceptional, high quality food that is prepared on site using the best possible products from local vendors throughout New England. Every menu is created and designed specifically for you. Chef Owner, Matt Johnson, personally meets with each customer to discuss your specific needs, ideas, food inspirations and budget. Menus are created based on your event location, time of year and product availability. Matthew’s offers a full-time Event Coordinator / Day of Coordinator, just for you. With your input and vision, we help custom design your floor plans, coordinate event rentals and work with your other event professionals, to insure your event is managed and executed according to your expectations. We provide you and your guests with a team of professionally trained and uniformed culinary staff, servers and utility personnel working together to provide you, your friends, family and special guests with a long remembered event experience.

Our Commitment to Customers

Matthew’s Catering, founded in 1998, originally started as a “Chef for Hire” business, providing catering and dining services for family and close friends in their homes, businesses and private event halls throughout the local area. Business Owner and Executive Chef, Matthew Johnson, like all good chefs, began cooking at a young age, inspired by his Italian and Polish ancestry, learning recipes and secrets from generations before.

His culinary career began at the age of 15, attending Grasso Southeastern Technical High School for Culinary Arts and is a Graduate of The Culinary Institute of America (CIA) located in Hyde Park, New York. During his studies at The CIA, he interned at The Buena Vista Palace, a World Class Walt Disney World Resort Hotel and 5,000 seat Convention Center. Upon graduation, his first job was that of Banquet Chef at the Historic Seaman’s Inn, located in historic Mystic Seaport. Throughout his career, he has worked in every aspect of the hospitality field, from private fine dining for the US Tobacco Corporation, banquet and catering chef for both Hilton and Marriott Hotels, to large scale Institutional cooking for ARA Dining Services and Chartwells Corporation.

From 1992 until 2000, he worked for The American Group in Norwich, Connecticut. In addition to being General Manager at The Marina at American Wharf and Americus on the Wharf restaurant and Banquet facility, he was also a state licensed Paramedic and Supervisor.

In 2000, he left the company and opened his own restaurant, The Winners Circle Diner in Uncasville, Connecticut. Unfortunately, Winners Circle did not succeed and he was forced to the close the doors and began working as a paramedic once again for the Williams W. Backus Hospital Emergency Department. During this time, he was attending school and studying to be a Physician’s Assistant and working for Life Choice Donor services, doing procurement of bones and tissue for human transplant. Swearing to never own a business or restaurant again, he was continuously being asked to provide catering services for the many physicians, nurses and hospital personnel, as well pharmaceutical reps. Realizing the potential for a successful business opportunity, he opened a very small store front location and began catering on a limited basis, however, word of mouth spread quickly and as they say, the rest is history.

Today Matthew’s Catering Company is one of Connecticut’s premier off-site caterers, providing our services throughout Connecticut, Rhode Island and Massachusetts. We service over 20 different event locations and provide catering services to hundreds of businesses and corporations throughout New England. The staff at Matthew’s Catering is proud of what we do and take great pride in providing our services to you. Our team is committed to excellence and look forward to having you as our guest. 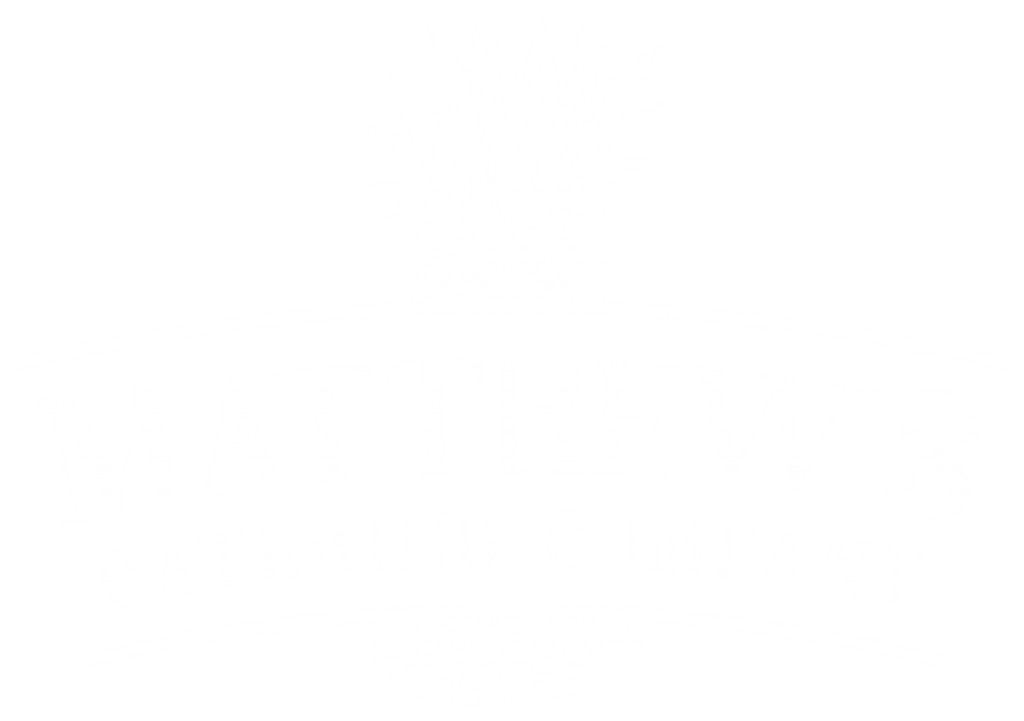